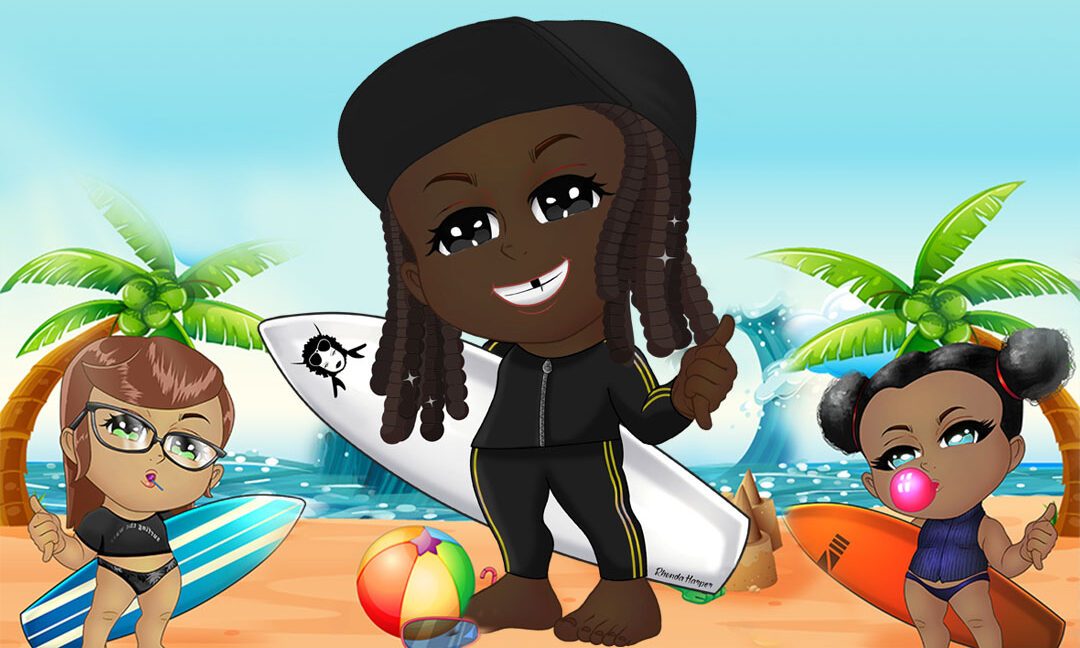 The idea for GROMS came from the group’s mutual passions for surfing, promoting diversity and maintaining a growth-mindset. They believe through the power of NFTs and blockchain technology they can build a global community filled with people that have shared values and a desire for self-improvement.

“I believe blockchain technology can level the playing field, erase previous barriers of entry and help make a more inclusive society. The more I researched the NFT space the more I saw how powerful this technology was in building communities. With the current lack of representation in tech, I found it very important that I contributed to a project that focused on diversity.” — Isaac Kironde

The GROMs project will be releasing a set amount of NFTs early March 2022. Each holder will be entered in routine raffles that will provide airfare and lodging to amazing destinations across the world. The raffling of trips aligns with GROMS’s commitment towards diversity as it provides their community members opportunities to experience different cultures. The GROMs project will also purchase beach houses while providing exclusive access to its holders. GROM NFTs will serve like digital passes. Through their digital attributes (known as metadata) the team will have a way to identify holders through a secure non-duplicating method (blockchain) and deliver rewards to those who qualify.

“The GROMS project will not just stop with NFTs. We will continue to put ourselves out there to be individuals regardless how uncomfortable that might be to continue to drive change and learn every step of the way.” — Ronny Shields

Aside from the travel perks, the GROMS project has the privilege of announcing the Black Girls Surf (BGS) organization as their Non-Profit partner! This partnership will help the team further their education on the specific issues of diversity plaguing the surfing community and provide them with opportunities to be of service. The GROMs project also plans to share their learnings from the NFT space with BGS and provide a financial donation to the organization as well.

To be a part of the GROMs community you’re invited to join their Discord here -> https://discord.gg/pnHZ5Xrq

Felipe Marcondes is originally from Brazil. He has a graphic design background and has worked in studios like DreamWorks Animation, Paramount and Universal Studios. He transitioned into the sports world first working for UFC out of Las Vegas, in the creative department and for the past 7 years, he’s been working for the World Surf League and has been traveling the world, creating content, growing wsl social media and covering the best surfers in the best waves of the world. Felipe came to the US when he was 17 years old where he had to adapt to his new life and learn the new language. In this process, he learnt a great deal of diversity, inclusion and how important that is for people to be able to grow and succeed. In his recent experience in the World Surf League (WSL), traveling the world and meeting new people, he has met Rho, founder of Black Girls Surf, and they immediately connected.

Ronny Shields was born and raised in Southern California and now hangs his hat in the surf town of Ventura, CA. He has been in the tech and intellectual property space for nearly 15 years and has always made it a point to create diverse teams and inclusive cultures within teams. He also has done that while working as a coach while also focusing on creating future leaders through community involvement. Coming from a diverse background himself (roots from Africa, Mexico and the Philippines) he has seen how sports and athletes have had the ability to break down economic, racial and political walls simply by taking a stand or a knee or a fist to the heavens.

This project gives him the opportunity to spread the word of diversity outside of just the local community by partnering up with more individuals who believe in lifting up others. Seeing such a lack of diversity in the NFT space, made us want to come together to put a project together that would spread awareness and give individuals the opportunity to see other cultures first hand.

Devin Del Do was born in Van Nuys, California and raised by a mother from Canada and a father from Argentina. His father’s side of the family was very family oriented and had a strong passion for the sport of soccer. Devin had begun his soccer career at the young age of 4 and played till he was 29 years old. He progressed from the club travel level to Division I collegiate level to playing professional for his final 5 years. Devin is an ex-professional soccer player who traveled all over the globe throughout his career giving him the ability to see different cultures first hand. During this time he developed a true appreciation for all the cultural backgrounds of his teammates, coaches, and through travel. Traveling has always been a passion of his, so much so that he even got a bachelors of science degree in tourism management. Along with the extensive career as a soccer player, he also mentored youth players between the ages of 4–18 years old.

Isaac Kironde is a first generation Ugandan-American born and raised in Van Nuys, California. Earlier in his life he spent a few years living in Ndejje, Uganda where he developed a strong passion for sport and got to learn about his family’s rich history. Isaac majored in marketing and after college decided to pursue a career as a recruiter since it allowed him to combine his passion for community with his passion for team building. As a recruiter in the tech industry Isaac has worked for a variety of start-ups from early to late stage and also spent two years living and working in Berlin, Germany. After his time in Europe Isaac joined a fintech start-up where he helped establish recruitment operations from the ground floor and built out international teams in both Singapore and São Paulo, Brazil. This experience led him to his current role with Block, where he helps build teams that are aligned on the mission of economic empowerment.

Throughout his time in the tech industry Isaac has seen first hand how difficult it can be to connect people of color to opportunities in tech. After learning about NFTs and seeing the strong communities created through blockchain technology, Isaac felt the need to dive head-on and see how NFTs can help solve the diversity problem in tech.

About their NPO Partner:

Felipe Marcondes’ passion for digital art, surfing and diversity came together as Groms was created. It seemed like everything that he has worked on has led him to this NFT project’s creation and as he has connected so well with Rho it was a no brainer to bring Black Girls Surf as the non-profit partner.

“From the moment I met Rho, I was instantly interested in learning more from her project. Her energy and honesty is something that is recognizable immediately so when the NFT project was created she was the first person I thought about that would fit perfectly. I’m looking forward to working together with her and promoting inclusion through surfing with such a perfect partner.” — Felipe Marcondes

BGS has numerous volunteer openings with the chance to be a mentor to some of the youth in their programs. Each of the founders of the NFT project will be involved as mentors as well. “Coaching younger generations in sports is much more than improving the technical abilities of the athletes. There are so many life lessons to learn from sports. The greatest aspect in team sports that I love the most is working together to achieve a similar goal no matter where we all came from.” — Devin Del Do

This is exactly what this partnership means for Devin. We all come from different cultural backgrounds but have a similar goal in mind, inclusion and diversity.

For more information on BGS, their fundraising and volunteer opportunities please visit their website: https://blackgirlssurf.org

Join the discord to be part of the GROMs community: 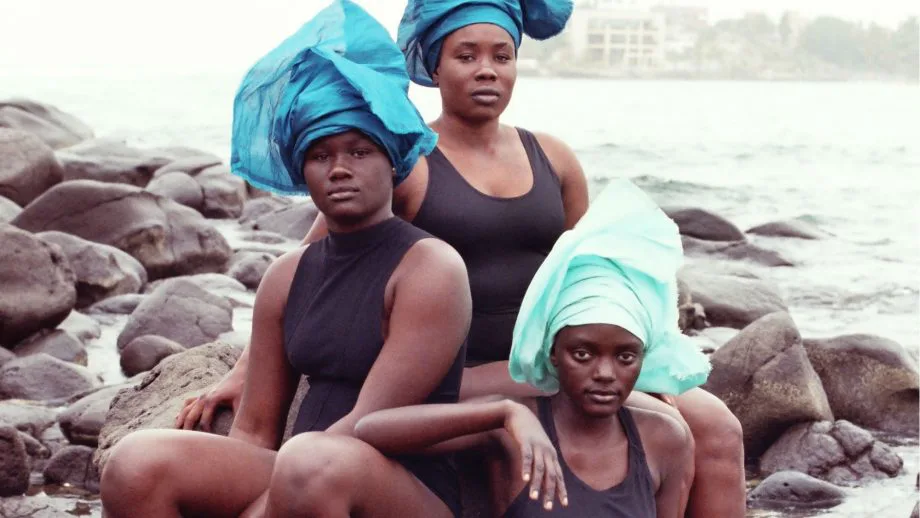 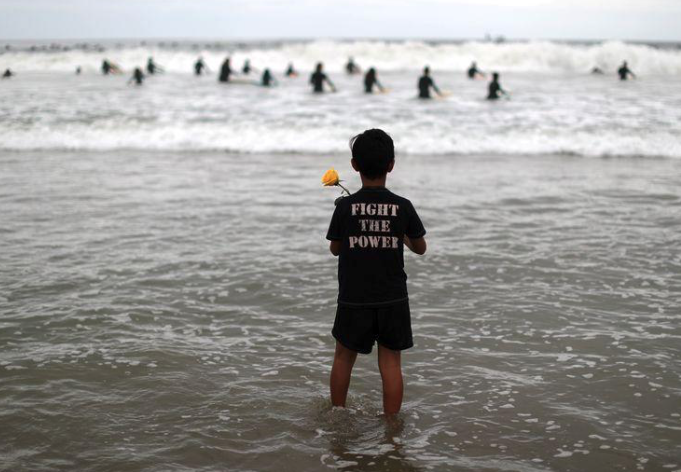 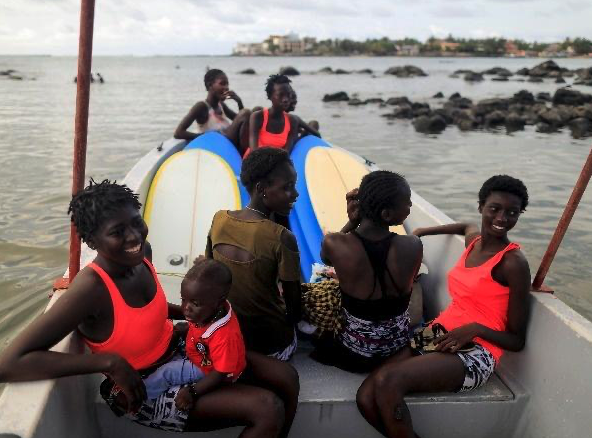